IBR’s interest in group performance, social behavior dates back to the early 1970’s with founder Joseph V. Brady’s pioneering NASA-funded work in this area, and this research tradition continues today with support from the National Aeronautics and Space Administration (NASA) and the National Space Biomedical Research Institute (NSBRI).  IBR’s efforts in small-group behavior and social neuroscience are based in the Applied Behavioral Biology Unit (ABB) and focus primarily on multidisciplinary laboratory and field studies of environmental, psychosocial, and biological factors relevant to long-term behavioral health, performance, and adaptation in individuals and groups. 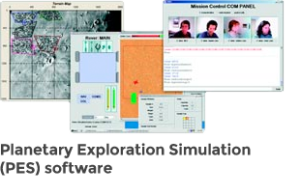 Much of the ABB’s in-house work focuses on 3-person teams of human volunteers serving as simulated astronaut crews.  Here, each crew undergoes extensive training and repeated testing over several months conducting 3-hour “missions” using our Planetary Exploration Simulation (PES) software overseen by a member of the ABB research team serving as “Mission Control.”  The PES is a computer-based interactive geological survey task requiring communication, coordination, and cooperation in the crews for mission success, and serves as a platform for testing a variety of operationally relevant factors in a controlled experimental model.  Recent studies include assessments of task autonomy, unexpected communications outages, extended workload, and circadian factors on PES performance, psychosocial adaptation, group cohesion, stress physiology, and neurohormonal function.  IBR strongly believes in the value of scientifically informed decision-making, and as such, the primary purpose of this work is to contribute to a sound empirical database for use by the international astronautics community when establishing research priorities, formulating policy, and planning and managing missions. 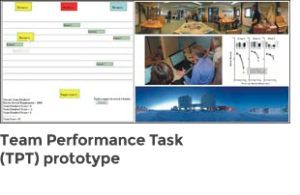 IBR Scientists and colleagues have also been developing and testing a simple, rapid, and objective computer-based assessment of voluntary cooperative behavior as an assay of social cohesion in small groups.  This assay, built upon a conceptual foundation of evolutionary theory and Behavioral Economics, is often referred to by its current working title of the “Team Performance Task,” or TPT, and quantifies how individuals and groups balance their own self-interests with those of the rest of the group.  In addition to its utility as a novel task for basic biobehavioral research, the ultimate goal of this work is to develop a broadly applicable behavior-based tool to aid in personnel selection and group composition as well as rapidly quantify the status of small-group environments where cooperation is critical to long-term success, including Astronaut crews, military units, medical/surgical teams, athletes, law enforcement/first responder crews, and business organizations.  IBR’s ongoing TPT research and development efforts incorporate laboratory and field work both in-house and with international collaborators, including an NASA/NSBRI-supported long-term study of the multinational crew at the European Space Agency’s Concordia Station outpost in Antarctica.