Dr. Steve Hursh is President and Chief Scientist of the Institutes for Behavior Resources, where he directs research and application efforts on human performance and fatigue, behavioral economics, drug abuse, and cooperative team performance.  He is also Adjunct Professor of Behavioral Biology in the Department of Psychiatry and Behavioral Sciences at the Johns Hopkins University School of Medicine.  Dr. Hursh’s leadership of IBR builds on a distinguished career both as a behavioral researcher and research manager, including 23 years of experience as a scientist in the US Army, serving as the consultant to the Army Surgeon General for Research Psychology, Director of the Division of Neuropsychiatry at the Walter Reed Army Institute of Research, and as a medical staff officer in the Pentagon, Office of the Assistant Secretary of the Army (Research, Development, and Acquisition).  Dr. Hursh is a world leader in theory and modeling in the Behavioral Economics subfield of Psychology as defined by the application of economic concepts and metrics to individual and group behavior.  In addition, Dr. Hursh is also a technical leader of an effort to model the relationship between sleep deprivation and performance.  His patented biomathematical model–the Sleep, Activity, Fatigue, and Task Effectiveness or SAFTE™ model–has been accepted by the US Department of Defense as the standard warfighter fatigue model, has been validated and calibrated by the Department of Transportation as a fatigue risk management tool, and is currently used by the Federal Railroad Administration, the Federal Aviation Administration, and the Federal Motor Carrier Safety Administration to assess fatigue in transportation operations.  He is also the co-inventor of the FAST™ (Fatigue Avoidance Scheduling Tool) and FAST Aviation computer programs used by government agencies and various industries to assess and manage fatigue in operational settings.  Dr. Hursh earned his B.A. in Psychology from Wake Forest University and Ph.D. in Experimental Psychology from the University of California, San Diego.  Over his 35 years in research, Steve has authored or co-authored over 65 published articles, book chapters, and technical reports, and served as associate editor of the Journal of the Experimental Analysis of Behavior. 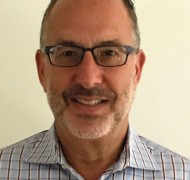 Mr. Reid Blank is Chief Operating Officer at the Institutes for Behavior Resources, where he directs and coordinates IBR’s marketing, communications, contract management, and organizational development initiatives.  He earned his M.B.A. in International Business Management from the Thunderbird School of Global Management in Glendale, AZ.  Mr. Blank has more than 18 years of business development and administrative operations experience in sleep and fatigue management.  Reid was founder of The Big Sleep Show®, the first-ever consumer health event for sleep and alertness, served as Vice President of Alertness Solutions, a private fatigue management consulting firm, and Associate Executive Director of the nonprofit National Sleep Foundation.

Ms. Vickie Walters is Executive Director of the REACH Health Services substance abuse treatment program at the Institutes for Behavior Resources, where she oversees daily operations, ensures quality clinical services, and manages fiscal responsibility within the program.  In addition, Ms. Walters is responsible for continued development within REACH, including active advocacy and continued engagement in implementing program refinements, expansion of clinical services, and integration with research initiatives.  Ms. Walters has more than 25 years of experience in the addiction treatment field, including an 8-year term as Director of the renowned Center for Addiction and Pregnancy at the Johns Hopkins University School of Medicine Bayview Medical Center prior to joining IBR. 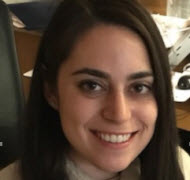 Dr. Lindsay Schwartz currently serves as a staff scientist in Applied Behavioral Research at IBR.  She has experience conducting research on the behavioral economics of substance use in both animal species and in clinical settings. Most recently, she completed her doctoral dissertation with patients at IBR’s REACH Health Services, investigating how treatment affects the value of drugs for patients with opioid use disorder. At IBR, she will continue to use behavioral economics to understand substance use, as well as investigate how this field can contribute to substance abuse treatments. Dr. Schwartz earned her BA in Animal behavior from Bucknell University, and her Masters and PhD in Behavior, Cognition, and Neuroscience from American University. 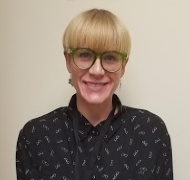 Dr. Jaime K. Devine is an associate scientist in Operational Fatigue and Performance at IBR with over 10 years of experience in behavioral neuroscience and sleep research. After double majoring in Psychology and Biology at the George Washington University, Dr. Devine worked with mental health, chronic pain disorder and substance abuse populations as a member of the Pain and Analgesia in Neuroimaging Group at McLean Hospital. She earned her Masters and PhD in Neuroscience from Brandeis University, where her research focused on the relationship between sleep behavior, endocrine functioning and physical and mental health outcomes. Dr. Devine received a Certificate in Sleep Medicine and Certificate in Biostatistics from Harvard Medical School as a member of the Human Sleep and Inflammatory Systems Laboratory, investigating the interaction between sleep, fatigue, and pain. More recently, Dr. Devine spearheaded efforts to develop guidance for reliable measurement of sleep through actigraphy in operation military populations as an experimental health stress scientist at the Walter Reed Army Institute of Research Sleep Research Center and Operation Research Team.

Ms. Roshni Patel has been IBR’s Director of Finance since 2006 and has more than 10 years experience in corporate accounting.  Ms. Patel is responsible for all financial reporting and analysis, annual audit preparation, non-profit financial administration, and oversight of financial accounting for all IBR programs and services.  Roshni is a licensed Certified Public Accountant and a graduate of the University of Texas with a B.A. in Business Administration in Accounting.